May Loop Employee of the Month: Robert MiddleKauff

The May Loop Employee of the Month Award sheds light on a story of “persistence and energy” by a man with a passion for tech, civic duty, and the environment.

If we were in the Avengers movie, Robert Middlekauff would be Iron Man with his hologram, visualizing data to help healthcare providers cut unnecessary costs. Middlekauff worked as a senior data visualization analyst—until he was recently promoted as an interim data visualization manager—at Lumere, a tech company that offers a unique clinical approach to optimize patient care and decrease healthcare’s financial burden.

“I wanted to be in tech and add a little bit of social good to it outside just selling products,” Middlekauff said. “Lumere checked a lot of the boxes for me. They are a tech company. They do healthcare. They help hospitals cut the cost of supplies without affecting (if not improving) the quality of service.” 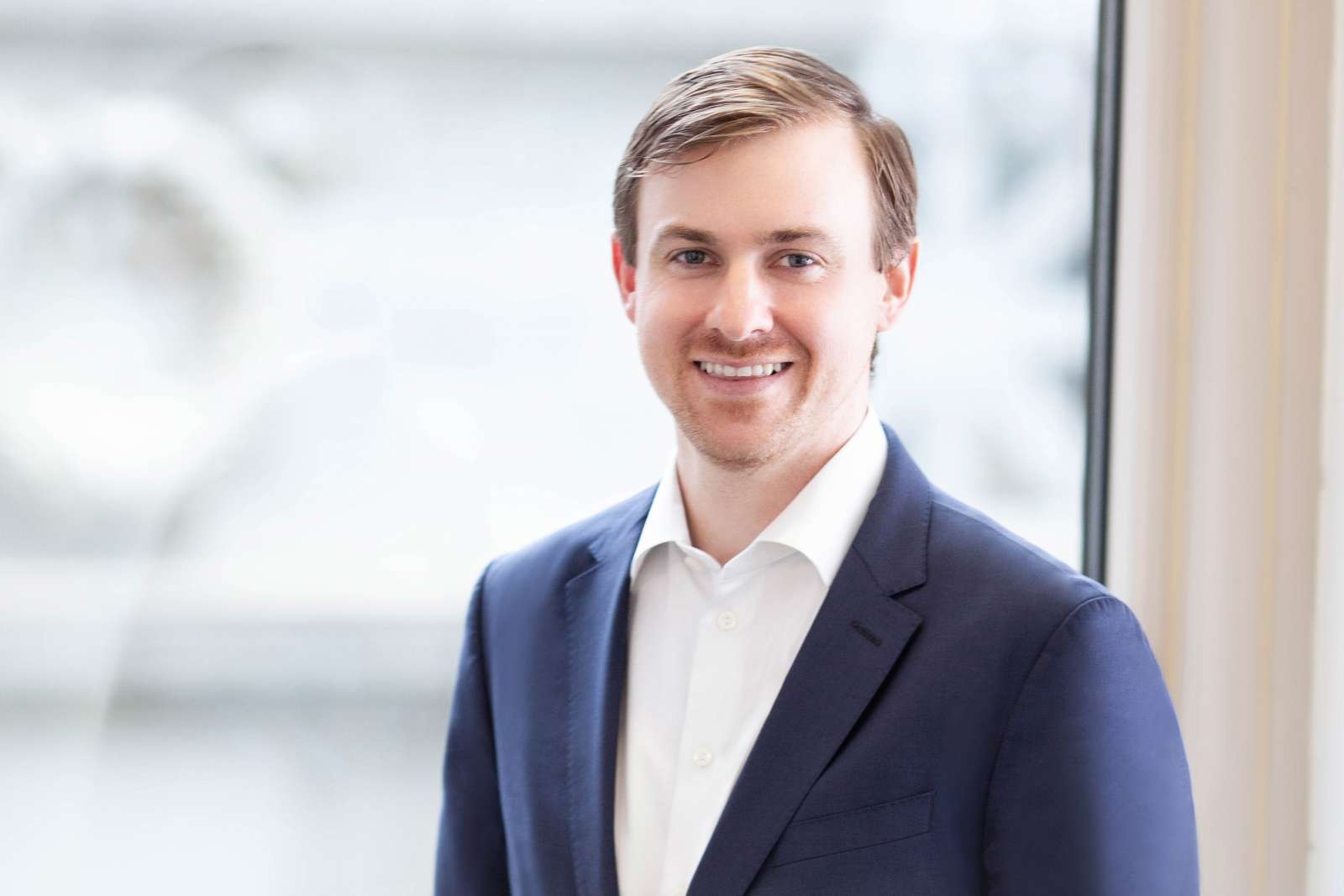 May Loop Employee of the Month Robert Middlekauff by Hummingbird Studios

Middlekauff, 27, double-majored in Economics and German for his undergraduate degree at The University of the South, also known as Sewanee in Tennessee. During his senior year, he studied abroad in Germany for two semesters. He noticed how environmentally-conscious and engaged people were to conserve energy through a program called Energiewende (Energy Change). “That got me thinking: ‘They’re doing it so well,’” he said. “Why aren’t we?”

When he moved to Chicago, he became more involved in his community with a group called Chicago 350, which focuses on inspiring Chicagoans to take action against climate change. In 2015, he started working on Chicago 350’s divestment project, an initiative that intends to divest Chicago’s operational budget and pension funds from fossil fuels.

“We got some interest in the divestment resolution and got over 30 aldermen to sign it, which was enough to pass, but it kind of sat there,” he said. “I started to wonder what is going on. Chicago is pro-environment, but what is stopping this from happening? And it’s not just this. There are many issues that people seem to agree on both locally and nationally, but why can’t we move forward on these things?”

Middlekauff started to do research and realized there are groups that are working on democracy reform. He developed a keen interest for Ranked Choice Voting (RCV), a system by which voters vote by ranking the candidates of their choice. To help stir Chicago to RCV, he founded the Illinois chapter of a grassroots organization called FairVote.

“We started calling and talking to people, we’d show up at events, talk to politicians, and support legislation efforts,” he said. “In 2017, we’re lucky that State Senator Daniel Biss (9th District) introduced a bill on it. That got some traction, but it didn’t pass.” 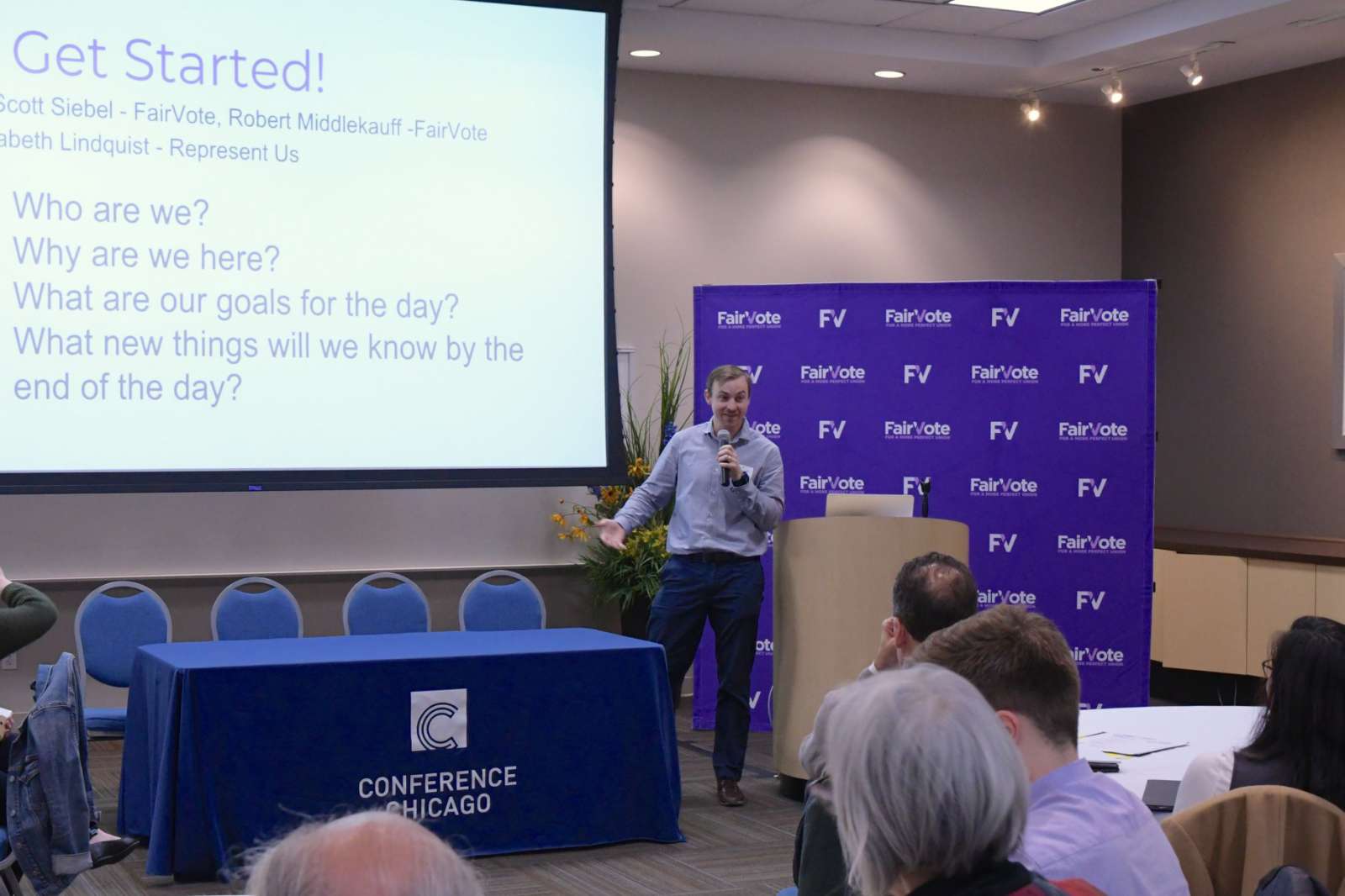 Undeterred by the setback, Middlekauff continued to aggressively hold events and educate both elected officials and Chicagoans on RCV. Around the time of the mayoral election in 2019, they got the support of mayor-elect Lori Lightfoot.

“One of the things I keep in my mind is that you can do anything if you have persistence and energy,” he said. “And I think that’s what we’ve had at FairVote. This is not an easy issue. Politicians and people will say, ‘This is crazy! What’re you thinking?’ And there are so many times where people will just tell you ‘No! No! No!’ But I think that we know that this is the right thing to do. We know that this is what our city, state, and country needs, and we just kept pushing for it. And we’ve been very successful considering the limited resources we have.”

His passion for politics can be traced back to his teenage days. He was the president of the Young Republicans Club when he was in The Bolles School Jacksonville, Florida. He saw it as a civic duty that everyone should be involved in to make the country better.

Beyond his passion for politics, Middlekauff is involved in Lumere’s green initiative. He started a grassroots green team. They bought reusable cutleries that employees can put in the dishwasher and put up signs about recycling and keeping the kitchen tidy.

Middlekauff is not all work and no play. When he’s not working, he goes to the theatres in the Chicago Loop. His favorite play is A Picture of You Falling which he watched at Harris Theater recently.

“It was an interpretive dance, and it amazes me just how dancing can be so beautiful and inspire so much thought and emotions,” he said. “That was the most beautiful performance I watched.”

He also participates with his coworkers in a race by Montrose Beach called Proud to Run, a sporting event that healthily celebrates Pride, while raising funds to support the LGBTQ+ community of the greater Chicago area. The Loop was their training trail for Middlekauff and his team where they ran through the world-famous attractions to prepare for the race. They won the 5K in 2017 and plan on participating again this year to defend their title.

“I’m honored to be nominated for the Loop Employee of the Month by my team members at Lumere,” Middlekauff said. “I do have a lot of energy, and it made me feel so good to have that recognized.”

We are the city that works. And the Loop is at the center of Chicago’s powerful workforce. Chicago Loop Alliance would like to recognize the over 300,000 Loop workers contributing their heart, talent, and tenacity to their job each day. Each month from March 2019 to February 2020, a Loop Employee of the Month will be recognized for being great at what they do, contributing to their community, and inspiring those around them. For more information on award selection, rules and conditions, and a full list of prizes, please visit loopchicago.com/nominate.

You can view the original article on Loop Chicago, directly.