In response to COVID-19, GHX is committed to helping ensure that our customers receive access to the data and information needed to help maintain critical supplies to serve patients and protect staff. Click to learn more
Log In

Since last fall’s merger of the Bon Secours and Mercy Health systems into Bon Secours Mercy Health, operational leaders, including Amy Whitaker, R.N., have been involved in work to streamline operations and save money. 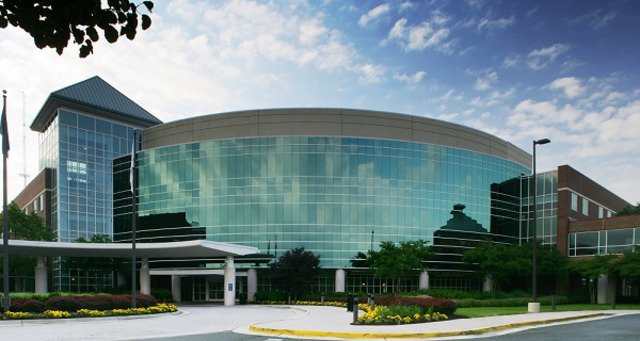 What’s more, at the time of the merger, the two combining organizations had $8 billion in annual net operating revenue, and $239 in operating income.

Combining the operations of any two very large hospital-based health systems is inevitably a complex proposition; and no one knows that better than Amy Whitaker, R.N., vice president, clinical integration for the health system. Whitaker, who came from the Bon Secours side of the organization, is based in Virginia, where a part of administrative operations for that health system had been based. She and her team have been tasked with looking at how to streamline various areas of operations, in order to save money going forward. They have partnered with the Chicago-based Lumere, an analytics firm, to help them analyze their data and achieve savings. Whitaker spoke recently with Healthcare Innovation Editor-in-Chief Mark Hagland about her team’s use of data and analytics to help facilitate performance improvement and change management. Below are excerpts from that interview.

How is your organization using data and analytics to move forward in your corporate objectives?

We announced our intent to merge in February 2018, and we formally completed the merger on September 1. Prior to us merging—because of federal laws and regulations, you cannot access proprietary information from the other organization, even though the intent is to merge. You have to have everything blinded. So the executives formed an executive steering committee over the merger. So we had to create things like timelines and plans, and that included discovering where we had things in common. We found out that we both used Lumere for certain processes and protocols for value analysis.

So before we even officially merged, we were charged to find out how we could save money, and were given a goal of just over $80 million in our first fiscal year, and we’re in the middle of that now. So we had to determine whether we could achieve that, even blinded.

And we both used Premier (the Charlotte-based Premier Inc., a nationwide health alliance). So we partnered with Premier and Lumere to pull our data. Premier pulled general nursing and commodity data. And they told us which legacy system had the better price, how we got to that price. We couldn’t see the details, legally, so we had to completely trust Premier and Lumere on that. We called that “black box activity.”

Now, they could tell us things by category. So for example, in spine surgery, you have what are called the endomechanicals [which include such items as endoscopes and laparoscopes], the components in a crash cart, as a component of overall supply costs. So they could tell us the category and how much we might be able to save, prior to the merger, but we had to trust them, as we weren’t allowed to see each others’ data. Post-merger, we were then able to see the details. And I had oversight over what had been called value analysis, and is now called clinical integration. Noah Dunlap, my counterpart from the Mercy side, is over contract execution. So he and I had to understand what we could put forward as projected savings in every supply area; and there were over 400 categories presented to us.

So what were the major challenges and other elements involved bringing your teams together?

Our two different teams had been using different systems for value analysis; and my boss said to me, Amy, you’re the expert in this, so they asked me to set things up. I prepared to develop best practices, and reached out to colleagues in much larger systems. And we just acquired five hospitals in Ireland, so we now have 48 hospitals that my program is accountable for. So I did all that and set up the foundational work—processes and policies—worked with our chief nursing executive, chief clinical officer, chief operations officer, and CFO, to get their buy-in and feedback on the processes, and then uploaded the program. And I have a team of six nurses on my team, and each runs a service line, such as general OR or cardiovascular, or radiology imaging; so everything is divided by service line.

So we start the conversation. Everything we look at and review starts with a clinical focus. My team is all clinical. We started with clinical integration. And we examine down the level of specific item. And we look at who the volume drivers are among clinicians. Then we start to have clinical conversations with them to discover how they’re using supplies, and looking at clinical outcomes. At the same time, we pull in strategic sourcing, and they go out to bid and bid out categories and get all the information pulled back. And based on the information we have meetings, and discuss cost per case, profit margins, quality outcomes.

Yes, the people who are voting members are CMOs, CNOs, and CFOs; they vote on behalf of a group, which is regional. It’s like the U.S. Congress. Otherwise, it would be complex. We have 48 hospitals and 12 voting members on each committee. We have five committees.

And how does the technology support this?

We use Lumere to support all of our projects. Every time a project is getting ready to be worked on, it’s entered into that system. So when a project is put into it, the system pulls any type of research and connects it with the information in Lumere. We use Lumere in all our committees, with pricing, research and evidence, etc. And we actually use the technology to electronically vote. So on committee, we’ll get a motion out and then capture the votes. We have all the agendas and minutes. So we have calls. It acts as our repository, as well as our project management tool.

How has it been going?

Wonderfully. It was wonderful that we had both used Lumere internally, prior to the merger.

The tool is synthesizing data and information for you, correct?

What are the biggest challenges for you in doing this work?

One of the biggest challenges is balancing clinical input and financial needs to save money. We always start with, and keep patients at, the center, in all this. And there are a lot of varying opinions with a lot of different people. So to gain consensus with such a large group is so valuable. That’s where Lumere is beneficial, because we can have a conservation for which there are facts out there. We try to quantify things and make them objective as much as possible. And with the merger, we doubled in size literally overnight, so it’s been a challenge to get everything up and running, there’s been a lot of change. But the supply teams are very robust in their knowledge base.

We started our first committee meeting in February. So we’ve gotten through about 60 categories of contracts, and we’ve identified close to $90 million in savings, and approved and implemented the equivalent of $40 million in savings. It’s not for the faint of heart!

What should CIOs and CMIOs know about initiatives like this?

Especially as we look at more complex categories—not exam gloves or gauze, but patient beds, patient monitoring devices, even IV pumps—more and more, there’s an IT component to things. So we have a separate study system through our IT committees that helps to establish any separate criteria that they need. Our IT team is very open to having that relationship with us, and it definitely helps diminish the problems at the back end, to make sure things aren’t overlooked. And as far as the project management alone, having the IT support, to make sure everything flows through the system, is very important. Technology is at the core of almost everything we do, so it’s important to have established processes and policies.

How will this initiative evolve forward in the next few years?

Right now, we’re hyper-focused for the next 18 months, on the merger. We have a lot of categories and contracts; we’re still maintaining two different sets of contracts. Once we get beyond that, we’re really going to start focusing more on the clinical aspects, and tying those more closely into our quality outcomes. And after the next 18 months, we’ll look more closely at how the utilization of our products exists in the context of the care of the patients. We’ll want to better understand that. And as we look towards the future, and have that clinical discussion inside supply chain, that will be important. But right now, we’re focused on supporting the key factors that the executives want us to focus on, and specifically for me, in terms of clinical integration within supply chain.

The original article from Healthcare Innovation can be found here.
Share This On…